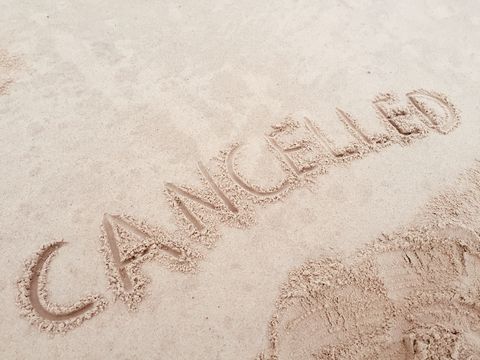 Cancellations across Sydney’s short-stay accommodation sector spiked to a level of 81 per cent over the Christmas period as the city battled to bring the northern beaches coronavirus outbreak under control and other states closed their borders.

Australia’s Christmas reservation slump was higher than the US, which was down 12 per cent on the previous year, and New Year’s Eve in America had only 3 per cent fewer reservations than in 2019. However, the US does have fewer restrictions over travel movement than Australia.

Yoav Tourel, managing director for the Asia-Pacific region at Guesty, described the US holiday rental market as almost “business as usual”, saying fewer restrictions were powering the market while new restrictions in the UK contributed to a “much higher rate” of cancellation than in Australia.

He said Australia’s holiday rental market was much “more organised” than its overseas counterparts.

“Here there is quick adaptation to what do we need to ensure the safety of the travellers,” he said, adding that local accommodation providers viewed issues such as communicating about cleaning as helping to protect their own business.

Although Australia has had a surge in cancellations, and reservation volumes are 20.5 per cent less for the first quarter this year compared with last year, Mr Tourel said the future was positive – it was one of the “single countries we see that future reservations are constantly growing”.

‘Quick to book, quick to cancel’

Guesty’s numbers are based on bookings made through its platform, and the data reflects reservations from the likes of Airbnb and Booking.com. Guesty says it has thousands of users across 80 countries.

“Everything is so quick, so quick to book, so quick to cancel. The industry, the different property managers are very quick to adapt and change because there’s no other choice,” he said.

“There is a confidence in the uncertainty, in the sense of ‘OK, I’ll book but who knows what will be in another week’. That type of mentality and the way the operators are more and more ready for that through even the simple things of waiving cancellation fees, it gives more confidence to the traveller.”

He said that if an interstate trip had been booked and then cancelled, people were quick to rebook a trip closer to home.

It is a theme that Stayz is also experiencing – locally and in the US, where it operates as Vrbo.

“2020 was an unprecedented time for travel and 2021 looks to continue with holiday plans put on hold, and rebooking for another time,” Stayz travel expert Simone Scoppa said.

“At Stayz, we have seen travellers that have followed government advice and cancelled their travel plans when borders have been shut down or quarantine measures put in place. In most cases, travellers have been able to rebook their holiday for later in the year by working with the holiday-home owners to come to an agreeable outcome.

“We encourage all travellers to check the cancellation policies of the homes that they book on our site as they are determined by each individual property owner. Our Stayz holiday-home owners have embraced increased cleaning and no contact check-ins to ensure greater peace of mind for travellers that are concerned about property cleanliness during a global pandemic.

“We have also seen phenomenal growth year on year on the booking of holiday homes in Australia, with Aussie travellers opting to book a self-contained home for their family to enjoy rather than staying in hotel accommodation with shared facilities.”

3 Reasons to Choose the Right Property Manager for You